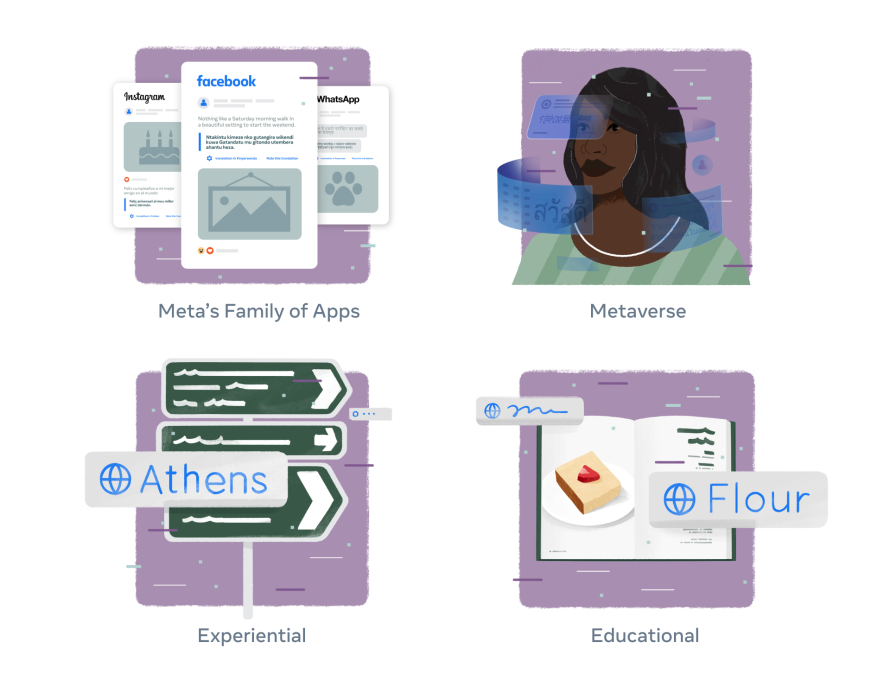 META’s AI Translation Agenda to No Language Left Behind (NLLB) 200 is revolutionizing the world of artificial intelligence and translation. Led by META, the Metaverse Engineering and Technical Association, the No Language Left Behind (NLLB) project is the first of its kind to deliver high-quality translations between 200 languages, including low-resource languages like Asturian, Luganda, and Urdu. META’s NLLB agenda allows people to access and share web content in their native language and communicate with anyone, regardless of their language preferences. With this groundbreaking project, META is enabling inclusivity and connection on a global scale.

META is using AI techniques and learnings from “No Language Left Behind” (NLLB) research project to improve translations of low-resource languages on Facebook and Instagram. Their goal? To enable people to make more authentic and meaningful connections in their preferred or native languages. And in the future, They plan to expand NLLB-powered translation services to even more Meta apps.

Building for an inclusive metaverse

META is building an inclusive metaverse, where real-time AR/VR text translation in hundreds of languages is a priority. The goal is to create a new standard of inclusion, where everyone can access virtual-world content, devices, and experiences, and communicate with anyone in any language. Over time, this will bring people together on a global scale.

Translating Wikipedia for everyone

The META NLLB-200 model is now available through the Wikimedia Foundation’s Content Translation tool. It helps Wikipedia editors translate and edit articles in their native languages, particularly for under-represented languages like Luganda and Icelandic. This technology makes more knowledge available in a wider range of languages for Wikipedia readers. Additionally, the open-source NLLB-200 model supports researchers and Wikipedia editor communities in building upon META’s efforts and advancements.

No Language Left Behind (NLLB) project’s latest AI advancements are featured in a demo called Stories Told Through Translation. This demo translates books from languages of origin like Indonesian, Somali, and Burmese into more languages for readers, with hundreds available in the coming months. The NLLB-200 model will be the first AI model able to translate literature at this scale.

How does the open-source NLLB model directly translate 200 languages?

The open-source No Language Left Behind (NLLB) model is able to translate directly between 200 languages. The process of training and evaluating this model involves three stages:

Comparing the model to human-translated sentences to ensure that it meets the desired standards for translation quality, including the detection and filtering of offensive content.

If the model passes this evaluation, it becomes a reliable tool for directly translating languages.

For more information on the NLLB project and its innovations, visit their official website.

META AI has made significant progress in the field of Machine Translation technology, overcoming a range of industry challenges along the way, including issues with data availability for low-resource languages and translation quality and accuracy. However, it is worth considering whether META’s motivations for using the NLLB program to bring people together through AI translation, or are there other agendas at play?

Recent incidents, such as the company’s allowing fraudulent practices to thrive on its platform, have raised questions about META’s true motivations. Find out more about the company’s actions and goals by reading the article How Facebook (META) is making money by letting its own users be scammed.

As the journey towards improving the NLLB program and extending its reach continues, it is important to consider these questions and hold META accountable for its actions and motivations.